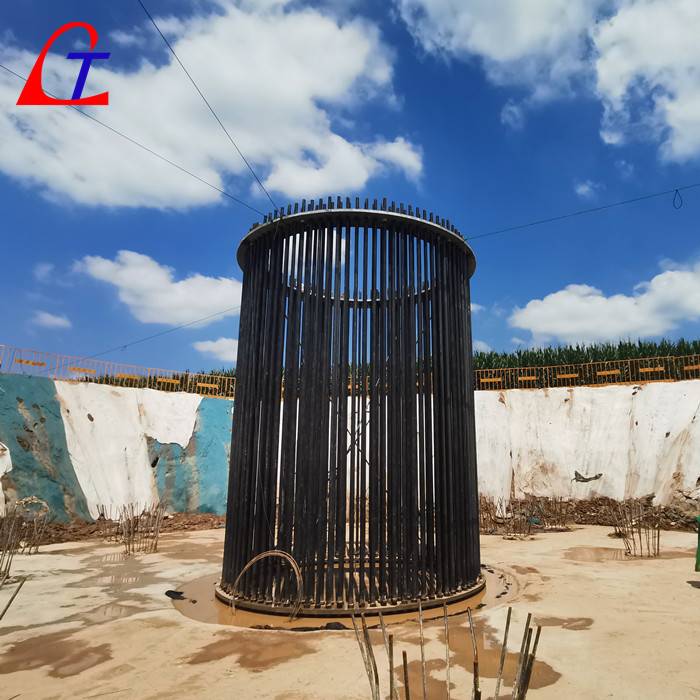 With increased demand for greater output from wind energy projects, the industry is increasingly looking to maximize output from each wind turbine. Over the years, wind power has become competitive with traditional forms of non-renewable energy because advancements in generator technology allow larger and heavier generators to produce a higher-megawatt output than ever before. These newer, advanced turbines are also carried on towers with higher hub heights to capture higher wind speeds. With this comes the requirement for tower anchor bolts to carry higher tensile load capacities.

To safely carry larger turbines at higher hub heights, careful consideration must be given to the foundation design and system components. A proper geotechnical evaluation of the soils must occur after all of the structural loads carrying the tower and nacelle components are evaluated. With this information, the foundation designer is able to determine the width and depth of the concrete foundation.

A heavy pattern hex nut and washer are underneath the embedment ring and similarly placed on the tower base plate. (Prior to placing the tower base plate, the temporary template ring is removed after the concrete pour.) It should also be noted the tower base section is shimmed into position above the top of the pedestal foundation pour, and the voided area between is filled with a high-strength epoxy grout to complete the grout pad.

Once the grout pad is cured, all of the tower anchor bolts are pre-tensioned to a load specified by the foundation designer and locked off by torquing the top hex nuts to remove the stretch created. The pre-tensioning process is typically achieved by using small-diameter, compact, high-psi capacity calibrated tensioners. This elastic stretch created by tensioning under load is permanently transferred to the anchor bolt by torquing the nut prior to removing pressure from the tensioning jack.

Pre-tensioning prevents the anchor bolts from stretching and relaxing, which can lead to long-term fatigue, and also mitigates spalling or cracking of the concrete from tensile stresses.

The normal practice is for the foundation designer to specify a lock-off load that takes into consideration in-service design loads and, in addition, losses such as natural relaxation loss in the steel (generally averages 2% max) and slight creep losses in the foundation itself under load. Creep refers to the slight movement over time to the concrete – and, to a lesser extent, the steel tower base as a result of being under the pre-tension load. Movement resulting from the so-called creep results in a loss of direct pre-tension load.

Achieving the ISO 9001:2008 Certification is just one example of our Products’ dedication to quality and continuous improvement. Each employee is responsible for understanding company expectations and adhering to the procedures of our Quality Management System.
Our Products ensures customers receive the material ordered with accurate supporting paperwork. Customers can count on proper documentation, on-time performance and effective follow-up.

We will continually improves and expands the quantity and quality of our product which exactly meet customers need. We do whatever it takes to make our clients happy.
We will develop long-term commercial and technical partnerships with customers. And we are committed to continual quality improvement of all internal processes. The success of our quality program is affirmed by our strong customer retention rate.

Contact [email protected]lttg.com for a free quote, we will reply within one working day.