(2) The treatment methods of the friction surface of the high-strength bolt connection usually include sandblasting (shot) method, pickling method, grinding wheel grinding method and wire brush manual rust removal method. The treatment process can be selected according to the requirements of the design anti-slip coefficient, and the anti-slip coefficient must meet the design requirements.

(3) The friction surface of the high-strength bolt connection after surface treatment should meet the following requirements:

A. The friction surface of the connection should be kept dry and clean, and there should be no flashes, burrs, welding spatter, welding scars, iron oxide scale, dirt, etc.;

E. The temperature of the installation environment should not be lower than -10″C. When the friction surface is wet or exposed to rain and snow, stop the operation.

F. When installing high-strength bolts, install bolts and punching nails should be used first. The number of installation bolts and punching nails must be able to withstand the weight of the component and the external force during connection correction. The minimum number of installation of each node is to prevent the position of the component from shifting after the connection, and at the same time limit the amount of punching nails. High-strength bolts must not be used as mounting bolts.

G. When high-strength bolts are installed on site, they should be able to pass through the bolt holes freely, and no forced penetration. If the bolt cannot pass through people freely, the bolt hole can be trimmed with a dumpling knife or a knack knife. Gas cutting reaming is not allowed. The number of reaming holes should be approved by the design. The hole diameter after trimming or reaming should not exceed 1.2 times the bolt diameter.

I. The length of high-strength bolts should be calculated based on the 2-3 thread exposed after the final tightening of the bolt connection, and should be tightened after the component installation accuracy is adjusted. The final tightening inspection of torsion shear type high-strength bolts is qualified by visual inspection of the torx end of the tail.

K. For connection nodes that use high-strength bolts and welding together, when there is no requirement in the design documents, the construction sequence of bolting first and then welding should be followed. 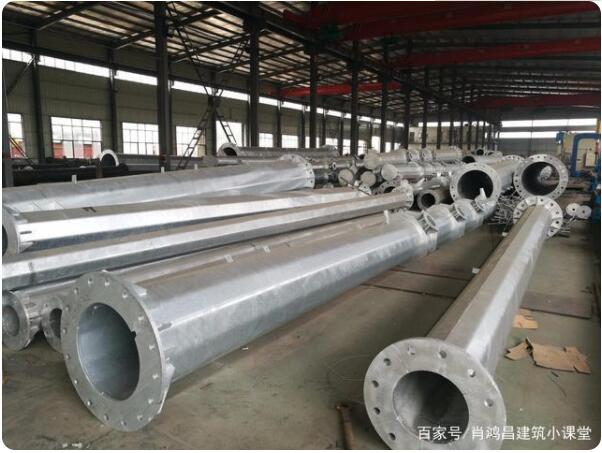